The inevitable misadventure of the Kingdom of Granada

Home/Alhambra, Granada/The inevitable misadventure of the Kingdom of Granada
Previous Next

The inevitable misadventure of the Kingdom of Granada 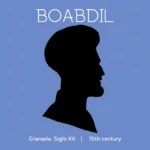 Boabdil, Muhammad XII, was the last ruler of the Emirate of Granada and the last Muslim ruler in the Iberian Peninsula. After almost 800 years of domination, Granada was the last Muslim Realm until it was conquered by the Catholic Monarchs in 1492.  Most of the songs and legends treat him as a coward because he surrendered the kingdom, but in the historical accounts, his own enemies dealt with him with a lot of respect and described him as brave, intelligent, responsible and an honor to his race.

These are very agitated times. I sit on the throne of my father, who has been deposed with a plot that was even aided by my mother. As the Emir, I want to fix all the mistakes made by my father and restore the trust between the Kingdoms of Granada and Castile.

I really want to emulate the greatness of our founder and beloved first sultan of the Realm of Granada, Muhammad ibn Yúsuf ibn Nasr, known commonly as al-Ahmar (The Red One). He had the honor of the epithet al-Galib bi·I·Lah (The Victor by the Grace of God). He managed to unify what was left of al-Andalus, deal with the Castilians and help them to take Seville. He was a highly respected monarch among all the kingdoms in Spain.

The chroniclers of this time, described him as a God-like prodigy: modest, a brave warrior, a hero and a very hardworking man, who hated the idle life and the people who felt entitled. He was humble, not cocky at all even though he achieved so much. He had an austere life, mending his sandals and wearing very simple fabrics. His originated from the boundary area between the Christian kingdoms and our Muslim ones. The main activities in his family were agriculture and defense.

Al-Ahmar venerated Fridays, not only because it is the sacred day, but because he conquered Jaen and Granada that same day. So, every Friday, he distributed the alms and celebrated the holy day. It is said that when he conquered Granada, and came into the town in 1236, the crowd hailed and called him “Victorious”. And he began to answer “There is no victor but God” (Wa-la ghaliba illa Allah), and it became the Nasrid motto (1).

After this, al-Ahmar decided to build the fortressed city of the Alhambra: bringing water to this high hill to make one of the most emblematic spaces that have ever been built. The Great Peace gave time to the Kingdom of Granada to develop and prosper as an important artistic and scientific centre. He made all this beauty possible. But those times of greatness are definitely gone.

During the last 80 years, the Emirate of Granada has been in continuous chaos (1). Most of the sultans during these years have been weak and lazy: they lost their honorable Nasrid blood. The inspiration should have always been our founder, al-Ahmar: his strength and courage, his austerity and focus.

Subsequent generations were spoiled, with weak kings who were not very keen to think about the kingdom. They focused on themselves, their richness, their own interests and their own lives. Since the great al Gani-billah (Muhammad V), there has been decadence. It is if we were copying all the excesses and mistakes of the Umayyads from Cordoba.

I’ve heard from certain imams that this misadventure is a curse. God has abandoned al-Andalus because the Muslims here had abandoned their duties with Him. The Umayyad Califate was the beginning. Maybe it is the idea of independent royal cities what changes the noble blood into greed and selfishness(2). My own grandfather (Abu Nasr Saad) was declared king at the same time as his uncle, Muhammed XI. The latter, fighting from the East area of the Realm, the other from the West. Since then, everything has been intrigues, treacheries and confrontations between factions, factions in the same family. Who would have imagined? Al-Ahmar would be so ashamed of all of us, seeing from paradise how we fight with each other, fathers, sons, mothers, cousins. The whole family.

Al-Ahmar created the most amazing fortressed citadel for the Nasrid family and we are destroying it. I sit in this incomparable room which was built by Yusuf I, and it is painful what I see. It has been a century filled with treason, and no one has been looking after our precious jewel. This Ambassadors Room is decayed, with cracks after the earthquake of 1431 which have not been repaired. With most of the tapestries lost, the colors fading and this magnificent ceiling that was created to be one of the world’s wonders, almost ruined. And who is going to repair any of these works, if the factories and Alhambra people are working night and day, making weapons we need to fight with each other, and also with the Christians?

We ruined ourselves. We had time of greatness and knowledge, with perfect alliances with Castile. This was how Muhammad V managed to build what is one of the most impressive places anyone can see in his life: al-Riyad al-Sa’id, The Garden of Happiness (The Palace of the Lions). And the continuous coups d’etat and the absurdity of challenging who were, years ago, our best allies, has brought us all this craziness (3). And here I am, under this ceiling that represents our seven heavens and wisdom, feeling absolutely lost and with no chance to recover.

I have to get ready for two wars: one against my father and one against Castile. Difficult times ahead. And I wonder what my venerated Al-Ahmar would do in my case.

(1) “Omnipresent both in its typical cursive design and in various Kufic annd mixed scripts and also forming calligrams, the Nasrid motto dominates the Alhambra visually, spatially and semantically. The origin of the expression (,,,) is not Koranic but, according to some andalusian sources (Ibn Abi Zar’), was emblazoned on the white pennant born by the tird Almohad caliph at the Battle of Alarcos. (…) The fact that Muhhamad I took the motto from the standard raised by the victoriuous Almohad caliph at alarcos (1195), the exact year in which he, the first Nasrid monarch was born, shows his desire to relate his rule with that of the past Almohad empire.” Reading the Alhambra, Jose Miguel Puerta Vílchez, p. 19.(2) The texts written by al-Maqqarí specifies that the Nasrid misadventure was based on the “discrepancies between the leaders, the rich families and judges, and also between the princes and their viziers. Each one longed for the supremacy, looking after their own individual interests, instead of thinking about the kingdom. This was used by the Christians to little by little take new villages and parts of the territory, using ploys between the Nasrid factions“.  Translation by the author. Extract from “La relación histórica sobre las postrimerías del Reino de Granada según Ahmad al-Maqqari (siglo XVII)”, en C. del Moral (ed.), En el epílogo del islam andalusí. La Granada del siglo XV, Granada, 2002, pp. 481-554.
(3) We need to remember that it was under the Caliphate that Abderrahman III built the amazing Madinat al-Zahra outside Cordoba, another Royal city like the Alhambra.
(4) Some of the different emirs during the 15th century confronted the Kingdom of castile, refused to pay the tributes and provoked their army to advance to the South.

The translation has been reviewed and wonderfully enriched by Susan Shender, an architect in the USA, currently designs Judaica.